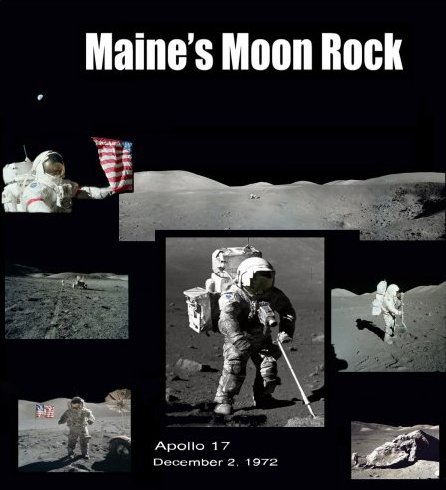 Maine’s moon rock is one of many fragments cut from rock sample 70017, which was recovered near the Taurus-Littrow lunar landing site.

As a goodwill gesture, in 1973 President Richard Nixon presented moon rocks from sample 70017 to 135 nations and each of the 50 U.S. states. Governor Kenneth Curtis received Maine’s moon rock, a 1.1 gram, thumbnail-sized specimen encased in an acrylic globe and mounted on a walnut plaque. Also included was a small Maine State flag that was carried to the Moon during the Apollo 17 mission.